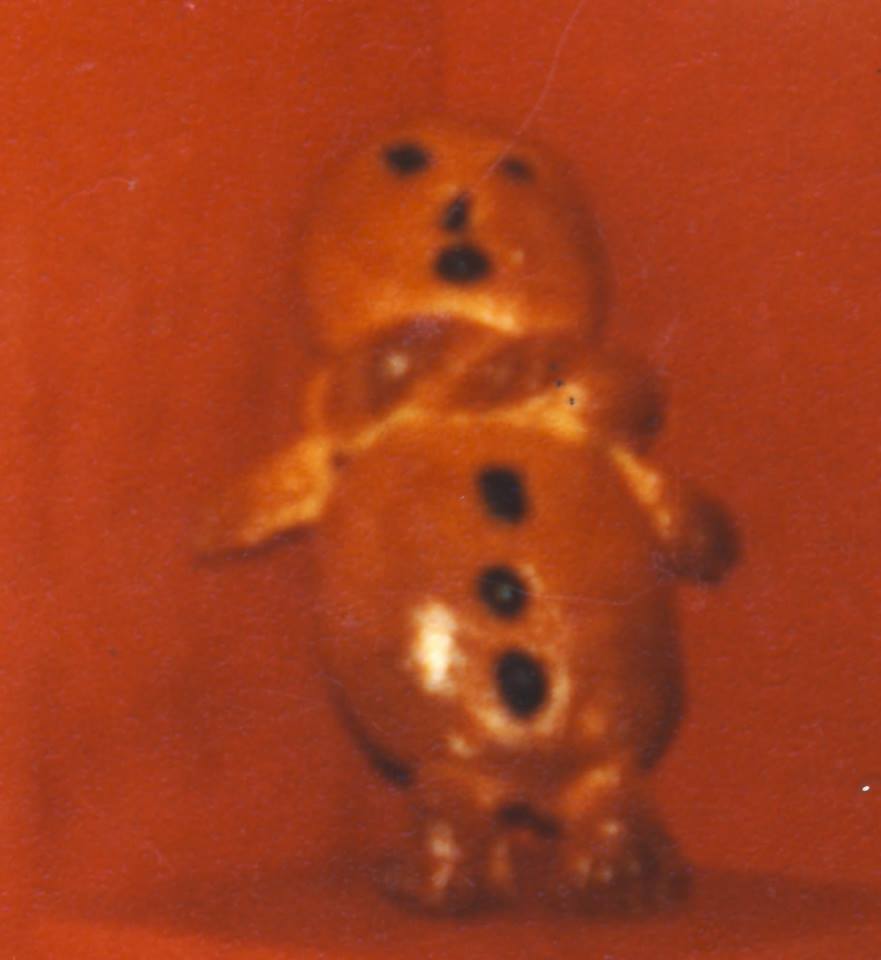 I should have posted this around Purim. It seems there is a minhog to make a “Haman” for the Purim Seuda. It can be a cake or a piece of meat, but it must be contained in a noose. I did not encounter this minhag, but I have seen it in writing.

My neighbor emailed me the following:

“I found a photograph in one of my mother’s old albums. It shows her Haman at a Purim exhibit at the YU Museum, when it was still in Washington Heights.

Unlike the Haman recipe in the new cookbook, which is for a flat cookie shaped like a gingerbread man, my mother’s Haman was very 3-dimensional. I’ve attached the photo, which shows part of the display section, then a close-up of the Haman (I apologize for the blurriness, but it was probably taken with an Instamatic camera), then of what my mother had written on the back.

It was originally exhibited in 1979, which is when she baked it and the museum shellacked it for posterity. It seems as if it was exhibited again in 1985. It was also exhibited at a major exhibition called “Ashkenaz”, in 1986 or 1987, as can be seen at the top of page 256 in the book “Ashkenaz”, put out by the Museum to go with the exhibition; there is a description only, not a photo. As I mentioned, hers did not have prunes, only raisins, and her name should have been spelled “Hetti”. (The Hamans made for unmarried daughters may have been the flat ones that are in the cookbook; my mother never said anything about that.)”

I will add that the Gruenebaum bakery in WH always had a cake/yeast dough hamantasch with prunes, besides the cookie variety.